The evolution of writing: communication over time

Communication has always existed: we cannot not communicate and not even our ancestors could. All of us, every day, happen to communicate in two different ways: with writing and with words. While using different ways and means, these two modes have evolved and improved together, following the changes in our civilization. What is their story?

The most fascinating thing about the world of communication is how writing and above all the way of writing have evolved with history and over time, following the changes in culture and society.

But let’s go in order: how did we come to communicate through instant messaging services, social networks, voice messages and funny emoticons? How did we communicate once and how did our ancestors communicate? Let’s see together how the way of communicating has changed starting from afar, from the very first signs that remained thousands of years ago.

Once upon a time there were graffiti…

Writing has accompanied man in all phases of his evolution. It all started 35 thousand years ago with graffiti, signs also called pictograms. Their particularity? They were understandable by everyone regardless of the language spoken (a bit like the emoticons we use today instead!). Initially, writing was born as a mere mnemonic aid: a specific word was associated with each drawing. In this way, not only did we communicate, but also stimulated the brain to think, understand and subsequently express its own thoughts.

The evolution of society and civilization has also transformed the way we communicate. Up until that moment, graffiti had been carved on the rocks, but over time this way of communicating was no longer adequate to the new way of life.

It was therefore the Egyptians who put into practice a new model of writing: the famous hieroglyphs. Dating back to 3000 BC, hieroglyphs were the combination of ideographic, syllabic and alphabetic elements through which the Egyptians communicated with each other: they could be engraved on any type of object, from statues to monuments, from canvases to temple walls.

Once upon a time there was the Greek and Latin alphabet…

With the passage of time, the population has become more and more cultured and civilized. Thus the Greek alphabet was born which then turned into the Latin alphabet, which began to be used by the Romans around the fifth century BC

The true evolution of writing can be observed during the Renaissance period: the most illustrious people began to use written language more and more both for notarial deeds and for commercial uses. The literary development in Europe is so profound as to bring many innovations in the alphabet Latin, as to generate a new encryption model thanks to the invention of new tools.

Once upon a time there were pen and paper… 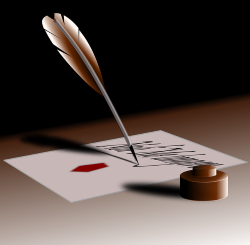 The first use of the fountain pen dates back to around 1800, following numerous requests from writers and designers who wanted a pen that did not stain either clothes or hands.

Subsequently, the use of this new writing instrument begins to suffer from some criticism from some exponents, including László Bíró, a Hungarian journalist who was tired of wasting his time filling fountain pens with ink.

And so, following a careful analysis of the use of ink used in newspaper and newspaper printing, he notes that the latter dried perfectly and did not leave any type of stain or smudge. Together with his chemist brother György, László developed a perfect ink formula for use in a ballpoint pen, which allowed the ink to dry before settling on the writing sheet. In 1938 Birò filed in Great Britain the patent of his invention: the ballpoint pen, known today as “ BIC ”.

Once upon a time there was sms…

Paper has always been considered the primary means of handwriting, which was considered easier and faster. With the passage of time, however, the invention of increasingly technological tools, modern and with a high level of design, have surpassed the simple use of a sheet of paper.

It all started with the introduction of the first mobile phones on the market: wow! What a strange and unconventional object our parents had in their hands. You could call and even write: text messages gradually become more and more common and familiar, and therefore a new way of communicating is established between society. The language masked by the use of the mobile phone soon replaces the chat or meeting at the bar, at the newsagent or at the bakery.

Even writing a text message undergoes an evolution over time: from the classic mobile phone keyboard, in which, for example, to write the word “hello” you had to press key 2 three times, key 4 three times, key 1 once, three key 6 times, the T9 was used. A great victory for all sms fanatics: the T9 represented speed, modernity, ease in writing even a long message. 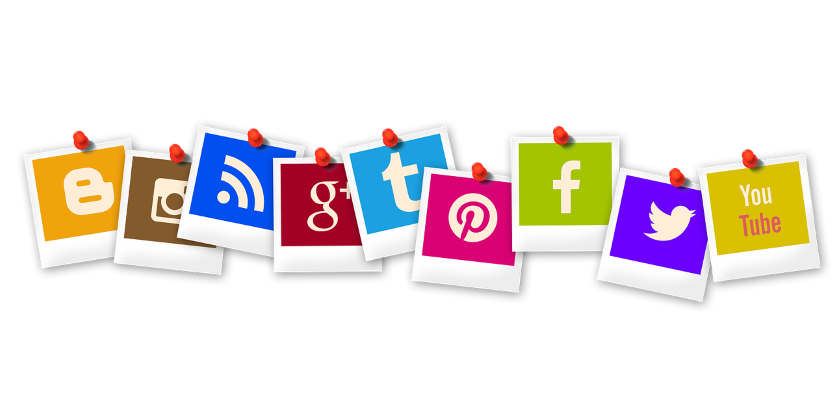 Today, with the advent of smartphones and increasingly advanced internet and WiFi systems, the way we write and communicate has changed even further. How many of us still write a letter or a simple text message? In 2009, following the spread and mass use of smartphones, WhatsApp was created, an application based on instant messaging. A real revolution for the world of communication and writing messages: easier and faster to use, thanks also to the new mobile phone keypads in which each key corresponds to a single letter or number or symbol.

Not to mention Messenger, another platform linked to Facebook, which allows you to write and contact any user who is registered on the social network. And even Twitter, which with only 140 characters gives us the opportunity to express our thoughts or a state of mind or what we want to say without mincing words. In real time, all users registered on the social network can see what is happening in the world even if they are not physically present in that particular place ( live-tweeting has become a must).

Just a simple click or send and everyone knows everything. There are no obstacles or barriers: everything is transparent and there are no secrets.

Today there are voice messages and emoticons…

So far we have talked about the evolution that the way of communicating has undergone at the same time as our way of writing: now the time has come to take a further step forward and to talk about audio or voice messages.

We are more and more in a hurry and immersed in a society and a hectic lifestyle, in which even writing a simple message seems to us a waste of time. Or we believe that the message we want to communicate can be misinterpreted: so what to do? Simple! Let’s send a voice note.

This represents the middle ground between the message and the call, we do not have time to write nor to call and so we opt for the simpler and faster solution: we hold down the audio button and go… we talk until we are finished what we need to say to whoever will receive that message.

And what about emoticons? Their use is comparable to the desire to express oneself with a message but the difference is their very precise meaning: a face that sends a kiss is different from that that sends a kiss with a little heart. The classic smile is neutral, while the other sweeter smile conveys a more sentimental message. Not to mention the various tongues or pouting faces.

These too are ways of communicating, and in some way these are also modern “hieroglyphics” to express something and give the message a more ironic, serious or affective key to reading, a bit like the Egyptians did in ancient times in their parchments or papyri.

There will be tomorrow…

If WhatsApp is our main communication tool today, what will there be tomorrow? Some changes are already underway: for example, another social network that is increasing its user base day by day is Snapchat. Today it has 150 million active users per day, with about 9,000 snaps per second. This platform is not only used to communicate, but also to get noticed and show what you do during your day.

The video in real time could, in the future, completely replace the writing and then radically revolutionize the way we communicate? We’ll see. Certainly, however, that the scent of paper and the effect of the types of ink of the various pen models will always remain the best communication tools, the only ones to remind us of our past and the only ones to never be replaced or forgotten despite the passage of time.